Want to know what is coming soon at Universal Orlando? How about some Universal Orlando inside tips on visiting the park, saving money and getting the most out of your stay? Tamara and Kim share tips from their recent visits and interview Brittany Baron from Universal Orlando to get all the inside scoop.

Brittany Baron is a Senior Representative on the Universal Orlando Public Relations team. Joining the team in 2010, Brittany has had the opportunity to launch annual events, new attractions and The Wizarding World of Harry Potter. Brittany is currently leading efforts to open the newly-enhanced The Incredible Hulk Coaster, opening in late summer, and Universal’s first water theme park, Volcano Bay, opening in 2017. You can follow Universal Orlando on Facebook, Instagram, and Twitter.

New details have been released about changes to The Hulk this summer:
King Kong also opens this year, see more details here.
Volcano Bay opens in 2017 and will be Universal’s first waterpark, located near the Cabana Bay Resort, which they promise will “completely redefine the waterpark experience.”

Brittany always dresses comfortably with good walking shoes and clothes that are quick drying for the water rides. Kim likes using a sling bag when visiting amusement parks, like this one from Kavu.

APP OF THE WEEK

The Official Universal Orlando Resort app provides wait times, ride descriptions, maps, and dining information. You can also set alerts for rides to get a notification when the wait time goes below a certain time period.

If you liked this show, please be sure to subscribe on iTunes, Stitcher, or Google Play and leave us a review! Have a question or comment? Send us an email or leave us a voicemail at +1.641.715.3900, ext. 926035#
You can also follow our travels on Stuffed Suitcase and We3Travel, or follow the Vacation Mavens on Instagram, Facebook or Twitter. Thanks for listening!
Pin this

This post contains affiliate links. If you click on a link and make a purchase, we may receive a small commission. 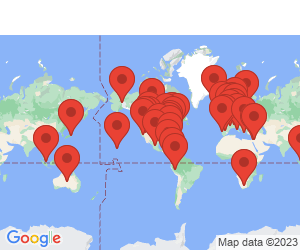