Want to know what is coming at Disney resorts around the world in 2019 and beyond? Kim and Lesli are just back from the Disney Social Media Moms conference and have the full scoop. We apologize for Tamara’s audio on this episode, we aren’t sure what happened but at least Kim and Leslie do most of the talking.

Lesli Peterson is Owner, Editor -in-Chief & CEO of 365 Atlanta Family.  She made her way to Atlanta over 20 years ago, after living in Germany, Japan and six U.S. states. She relishes the discovery of obscure, offbeat and unwonted places, and she will chat up any willing stranger to uncover a new secret locale. After 18 years in software development, Lesli bailed on the corporate scene. She now serves as the Family Travel Ambassador for Georgia, and freelances for several publications in addition to writing at 365 Atlanta Family. When she’s not traveling, she’s hiking in the mountains or checking out Atlanta’s culinary scene, whiskey in hand. 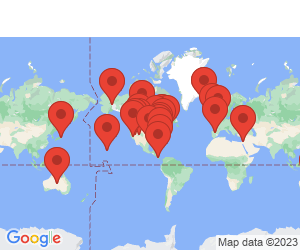